The absence of a minimum viable product as well as a fine-tuned Islamic tokenomic model leads to fundamental risks for Islamic investors on a global scale. In this article, IRWAN SHAH ABDULLAH @ WOLFGANG HOLZEM discusses the challenges with the current Islamic initial coin offering market situation and its main problems that need to be addressed to secure confidence in the global Islamic financial sector.

According to a large number of online reports, no more than 3.8% of all initial coin offerings have finished their token sales successfully and are now listed on exchanges with the others having either failed or are outright scams.

Of those Islamic projects listed on exchanges, not one project performed well during the past 12 months and several projects that promised a global Halal chain and that raised millions of dollars in funds have actually stopped their projects. 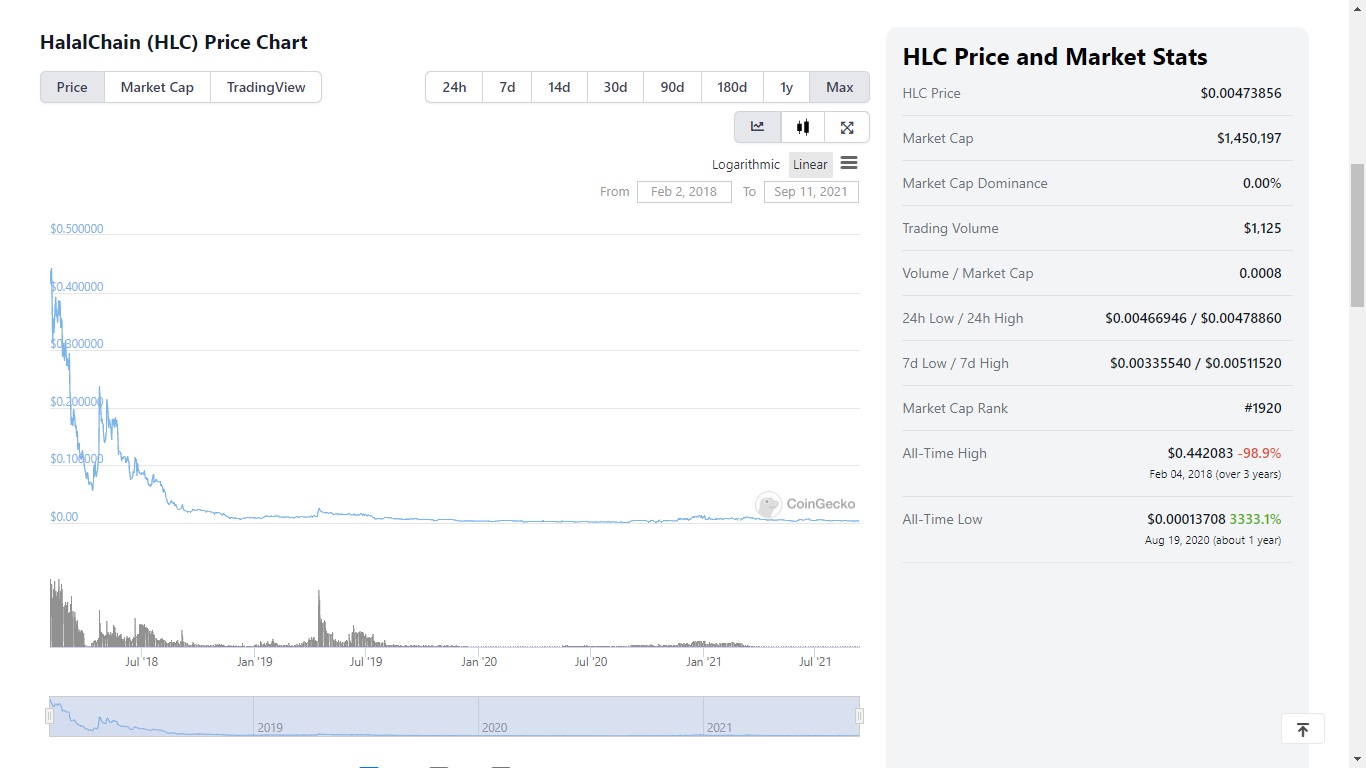 Moreover, the situation has become riskier since 2019 when we saw a huge drop in Islamic-linked crypto-currencies of which the majority dropped to as low as the initial coin offering price, or even lower. As an example, the project HalalChain was marketed for two years as a breakthrough in Halal certification but the losses are now at -98.61% since the pre-initial coin offering.

What we see currently is the outcome of bad decisions from which hundreds of millions of dollars were contributed to Islamic-linked projects without any diversity of risks. Many of these so called Islamic, Shariah or Halal-related blockchain projects did not have a real token economy but instead had high speculative expectations and were Haram projects from the beginning.

In the traditional Islamic financial market, a project that raises US$10 million is usually at stage ‘A+’ or upwards and has a stable, ready-to-scale  business model; however, the current Islamic initial coin offering launching model does not suppose any venture stages and as a result, token buyers lose most of their investment, though this could be avoided by changing the Islamic model itself and setting up a Shariah compliant code of conduct with a possibility of an index of tracking Shariah compliant assets or an Islamic asset rating agency.

Asset-backed securities have been around for at least a hundred years and play a major role even on the global bond market including Sukuk bonds which were authorized and approved since 1988.

The issuance of an Islamic token via blockchain either for Shariah or Halal projects should therefore be well approved by an Islamic asset-rating agency with the lead taken by initial coin offerors or local governments. It would be absolutely unjustified to give funding to an Islamic initial coin offering project at a seed stage and sometimes pre-seed stage until it creates a minimum viable product and scalable model of growth for its Islamic asset token.

The minimum viable product and prototype must also prove that the tokens are deployed as utility tokens and until proof has been provided, authorities should step in to investigate initial coin offerings for financial compliance and potential fraud.

The absence of a minimum viable product and a fine-tuned Islamic tokenomic model leads to fundamental risks for Islamic investors on a global scale.

Let us draw another parallel with the venture capital market in the Islamic world. What amount does a venture investor typically give to a project without a scalable product? It is very rare that this sum is over US$1–2 million.

I think most investors even in the Islamic world understand that if we put away speculative expectations, submitting a bigger amount of investment at this stage is extremely risky.

Can you imagine that the IsDB would start investing US$20–40 million on an early-stage project that only provides a whitepaper without any financial forecasts and just on the blockchain hype?

The main question to be asked is who benefits from such a situation inside an Islamic-linked ICO market but actually, there are a large number of individuals who benefit hugely from Islamic-linked ICO’s. These individuals are mediators and are listed on the advisory boards that are often linked to crypto exchanges, token brokers, ICO’s consultants and event organizers and often these advisors do not really care what will happen with the project in the future as the main issue for them is that everyone buys today the tokens on the hype of blockchain projects for the Islamic world.

Parts of even well-known Islamic projects are not made as Islamic-linked blockchain projects but based purely on hype so that advisors can exit after three to six months after the public token sale has ended with the hope of selling their tokens once the tokens are listed on an exchange.

These are the several steps to solve this situation and make future Islamic linked blockchain projects that are Halal and Shariah compliant. Let me list some of my thoughts and how to protect our Ummah.

A Shariah compliant project has to raise 30% internally from the management, shareholders and advisors for the full Islamic initial coin offering amount to be raised. If an Islamic blockchain project try to raise US$10 million, it has to raise internally from the stakeholders at least US$3 million for the development of a minimum viable product prototype and then sell the rest of the tokens to the Ummah, once the public has full access to the source code of the minimum viable product prototype, financial statements and how the funds have been spent.

Any Islamic project that wastes Islamic tokens as giveaways in exchange for some favorable reviews on Twitter or Facebook to push the Ummah to buy those Islamic tokens should be classified as Haram by Islamic asset-rating agencies to regulate scams and millions of dollars in losses involving the global Ummah could be saved.

Such a solution is surely not perfect and there are still high risks for Muslim investors contributing at an early stage as too much funding might be allocated for huge marketing expenses such as bounty during the Stage 2 funding process.

Furthermore, the management of the project should inform the public on how many tokens have been allocated to each advisor and when they are able to sell them. Any Islamic ICO project that allocates to the founders 10–30% and permits their founders to sell within three to 12 months after the official listings on an international crypto exchange should be subjected to a criminal investigation with the freezing of all assets.

The only solution is to make additional guarantees for Muslim investors according to the milestones in the project’s road map, while creating a minimum viable product and a dynamic Shariah compliant token economy.

When investing in Islamic-linked ICO tokens according to this solution, we will certainly not see sharp crashes in token prices as the price of Islamic tokens cannot fall below the sum in smart contract reserves. Once a bigger part of the Islamic crypto space start using this business model, the market of Islamic cryptocurrencies will be able to show a stable and balanced growth.

At this moment, with most Islamic-linked blockchain projects, the management team and advisors’ eff orts are mainly focused on raising funds (other people’s money) and not on the creation of an Islamic blockchain project with original ideas that could greatly benefit the Ummah.

Irwan Shah Abdullah @ Wolfgang Holzem is CEO of eHalal Group and the the former Founder of Asiarooms.com. He can be contacted at shah@ehalal.io